New Study: Sleep Is Literally a Deep Clean for Your Brain

New Study: Sleep Is Literally a Deep Clean for Your Brain

Sleep washes away toxic gunk that builds up in your brain. Do you really want to leave it there?

It doesn’t take a PhD to figure out that sleep is essential. Anyone who’s struggled to get through the next day after a late night out can tell you that.
But researchers are constantly adding interesting new additions to the long list of reasons we sleep, from cementing new learning, to scrubbing the emotional charge from painful memories, to preventing you from having crabby fights with your partner (yes, this has been scientifically proven).
And now a team out of Boston University has added yet another reason to the list, and it’s particularly bad news for those who don’t manage to get enough shut eye: Sleep physically washes toxins, including those that can lead to Alzheimer’s, from your brain.

A carwash for you brain

The new study published in the journal Science and highlighted in Wired (hat tip Kottke) builds on earlier studies with mice that suggested sleep physically cleans out toxins that build up around the brain due in its normal functions. Was something similar going on with humans? Biomedical engineer Laura Lewis asked a bunch of study subjects to take a snooze in an MRI machine to find out.

“What she discovered was that during non-REM sleep, large, slow waves of cerebrospinal fluid were washing over the brain. The EEG readings helped show why. During non-REM sleep, neurons start to synchronize, turning on and off at the same time,” explains Wired’s Sara Harrison. “Because the neurons had all momentarily stopped firing, they didn’t need as much oxygen. That meant less blood would flow to the brain. But Lewis’s team also observed that cerebrospinal fluid would then rush in, filling in the space left behind.”

In short, completely non-scientific terms, sleep allows your brain to take a bath, washing off all the toxins that build up just as part of the day’s daily business.

That news is most important for Alzheimer’s patients as it may open up a pathway to new treatments focused on “increasing the amount of cerebrospinal fluid that washes over the brain,” writes Harrison. “Finding a way to clear out all of that garbage could be much more powerful than just focusing on one piece of the problem” with drugs.

But it’s not just those suffering from Alzheimer’s or one of the many other psychiatric and neurological connections that may be linked to a buildup of brain toxins who should take note. As Maiken Nedergaard, an outside sleep expert who examined the new study for Scientific American commented, this research has implications for just about everyone who sleeps.
“Maybe the most important take-home message is that sleep is a serious thing,” he says. “You really need to sleep to keep a healthy brain because it links electrical activity to a practical housekeeping function.”

So next time your hand is hovering over the “next episode” button on Netflix late at night or you’re pondering tackling just one more work task before you hit the hay, take a moment to remember this study and visualize all the garbage building up in your brain. If you don’t want it to stay there gunking up the works, it’s time to turn off that bedside lamp and prioritize sleep.

The opinions expressed here by Inc.com columnists are their own, not those of Inc.com or Breathe Oxygen Supply, Inc. 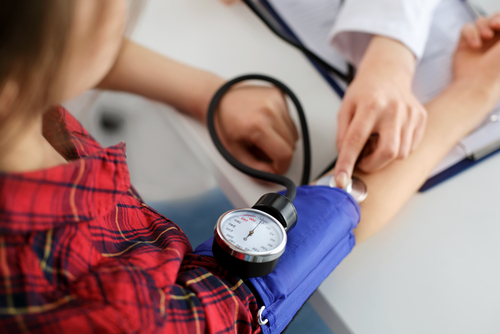 How Does CPAP Lower Blood Pressure?